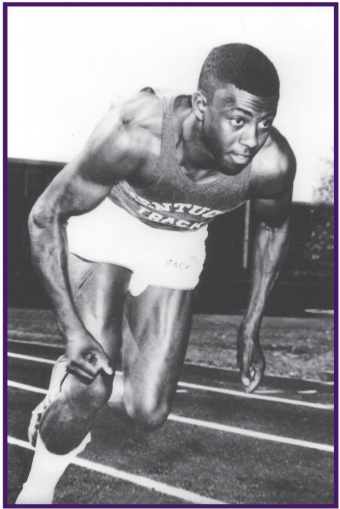 Jim Green was born in Eminence, KY. While in high school, he excelled in football, basketball, baseball and track. Jim broke state records in the 70, 100, 220 and 440 yard dashes. After high school, he committed to compete for the University of Kentucky in track and field. He became a three-time NCAA champion-once for the 100 yard dash, and twice for the 60 yard dash. He was the Southeastern Conference champion three times in the 100 yard dash and three times in the 60 yard dash. He was All- American in Track and Field for 1968, 70 and 71.

Jim holds the distinction of being the first African-American student athlete to graduate from the University of Kentucky. He also broke race and color barriers at UK and the NCAA Southeastern Conference. He has been recognized by:

Today Jim is retired after a stellar career in medical products and pharmaceutical sales. He is a leader in our Fraternity, having served as Basileus (President) of the Theta Omega Chapter. He was awarded the 1983 Omega Man of the Year and in 2007 received the Founder’s Award.